This month is Pride Month.

At Aquila, we encourage a safe working environment so that everyone can embrace and be who they are. We are committed to ensuring an inclusive environment for all employees regardless of their sexual orientation, gender identity or expression.

Pride is all about promoting the equality, self-affirmation, and visibility of LGBTQ+ people, by creating a community and safe space for people to be who they are. The word ‘Pride’ was first used by Brenda Howard, the organiser of the first LGBTQ+ Pride March in the wake of the Stonewall Inn riots of 1969. ‘Pride’ is a term that has become meaningful to the community ever since. Pride is about encouraging people to speak up proudly and be proud of who they are.

Pride is so important because it continues to provide people with a community and a safe space to celebrate who they are. However, there is more progress to be made, and Pride is one of the ways we can draw attention to these issues that LGBTQ+ individuals experience.

More recently, the 2021 Census will be a historic moment for LGBTQ+ communities. For the first time, the Census includes two new voluntary questions on sexual orientation and trans status, as well as guidance on how to answer the Census sex question. This will give us an accurate picture of the size of the LGBTQ+ population in Britain which is a huge steppingstone.

The number of people who identify as LGBTQ+ is increasing

There is still more to be done

Identifying as LGBTQ+ can be extremely challenging. While these statistics are from the US, they demonstrate the importance of this month to support LGBTQ+ people:

We all have a part to play

Everyone has the power to support an inclusive and equal working community. The EDI group works to reinforce this. Getting to know your staff will help ensure you effectively cater to any needs LGBTQ+ employees may have.

A company that can pledge its support to employees irrespective of their skin colour, gender or sexuality stands to benefit hugely by creating a sense of empowerment among employees.

“At Aquila, our greatest strength is you. You help us build a culture where everyone feels included, harness the power of diversity at all levels and keep fairness at the heart of what we do.”

Aquila’s Equality Diversity and Inclusion (EDI) Group works to raise awareness of notable calendar dates which relate directly to Equality, Diversity or Inclusion. Aquila EDI Group Terms of Reference can be viewed on this link. If you would like more information on the work of Aquila’s EDI Group, please contact us at info@aquilaservicesgrp.co.uk 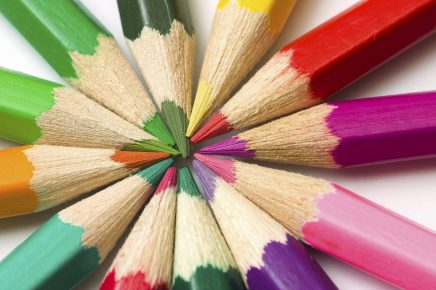 Improving diversity, equality and inclusion at Aquila has multiple benefits to the Group, its subsidiaries and improves the experiences we have as individuals at work.   Diversity is […]